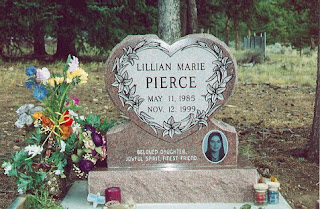 Picked up a book at the library called, Living Among Headstones: Life in a Country Cemetery, by Shannon Applegate. It’s just my kind of a read. I’ll tell you why in a moment. First, here’s the inside-cover blurb:

“In 1997, Shannon Applegate was bequeathed a small cemetery in western Oregon. The neglected five acres were not only the burial site for generations of her family but also the resting place for many in the nearby, down-on-its-luck logging town. Living Among Headstones chronicles the author’s experiences as sexton of this sacred land: she finds herself plotting gaves, consoling families, and confronting the funeral industry.

“Filled with humor, singular events, pathos, and unexpected smiles – and written in a meditative tone that is beautifully complemented by dozens of photos scattered throughout the text and by lovely watercolors by the author’s sister – Living Among Headstones is more than a memoir of one woman’s experience at a rural cemetery; it is an expansive look at how death has been treated through the centuries, and a meditation on how we long for our loved ones to have a continuing place in our world. Ultimately, as the author and we learn, only an understanding of death can give us an appreciation of life.”

This appeals to me because I am fascinated by cemeteries, and like the Bud Cort character of the film Harold and Maude, I spend time in them whenever I can. After our daughter Lilli died in 1999, I came to treasure cemeteries as being wondrous places that are not spooky, but are sacred places housing the physical remains of loved ones as well as history, architecture, and beautiful artistic tributes made by family members and friends.

A year or so after Lilli died, Judy and I were traveling around the country on our Looking for Lilli Tour, and when we were in Dillon, Colorado, I had an overwhelming desire to spend the night at Lilli’s grave, which is in an idyllic setting in the forest, looking out over Lake Dillon and up to the Gore Range. First, I obtained permission from the local police and the cemetery society, who saw no harm in what I was doing; they realized that I wasn’t some morbid weirdo, but that I just needed to be close to Lilli in this way. Also, by letting them know, it spared me being arrested during the night.

The evening was wonderful: clear skies, cool, with a slight breeze that soughed among stones and bushes. I made friends with a fiesty squirrel who at first saw me as competition for the nuts and seeds beside Lilli’s headstone. I walked all through the cemetery, reading the inscriptions on just about every stone, and feeling like I was getting to know these people a little. Their families, too. I marveled at the artistic, poetic tributes that no one but family will ever see, because most people are freaked out by cemeteries and can’t be paid to go near them. Then I sat at Lilli’s grave for hours, playing my wooden recorder, singing impromptu songs to Lilli, talking to her spirit, crying sometimes, laughing sometimes, and even asking any resident spirits to make her feel welcome.

After that I slept. Ever since, I have enjoyed visiting cemeteries and also looking at those roadside markers alongside highways, where people have been killed. I want to KNOW about these individuals. Each one was unique, with a story.

Lately, with our non-profit Friends Along the Road, we have been tossing around the idea of using corporate funds when they are available to purchase some older cemeteries that the owners may no longer be able to take care of, and sort of fix them up. What’s more, some of us in FAR are interested in the natural burial movement, and I would like to find places to have “green” cemeteries.

Death and burial customs from around the world are quite interesting to me, and I am making it an area of special study. I believe, as does author Applegate, that only by coming to terms with death can we really begin to live.

While sitting in the relatively empty waiting room of …

Often repeated in pop media is the slogan, “Only WE …

Are you suffering profound loss? This book can help. Get your copy here!

Do I really want closure for my grief?9 Total Shares

Values and Vision of Friends Along the Road6 Total Shares

What do we mean by “Caring Support”?2 Total Shares

Do Men and Women Grieve Differently? Not Always.1 Total Shares